As of 2015, more than approximately 1.8 billion internet users have accessed social networks; 170 million of which were located in the United States. Despite the ubiquity of social networks, market potential is still increasing, as user figures and user engagement continues to grow.   Social Media Growth Statistics: 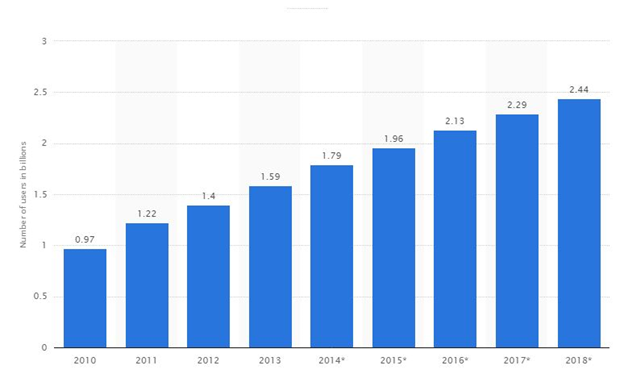