Saudi Arabia has an oil-based economy with strong government controls over major economic activities. It possesses about 16% of the world’s proven petroleum reserves, ranks as the largest exporter of petroleum, and plays a leading role in OPEC. The petroleum sector accounts for roughly 80% of budget revenues, 45% of GDP, and 90% of export earnings. Saudi Arabia is encouraging the growth of the private sector in order to diversify its economy and to employ more Saudi nationals. Diversification efforts are focusing on power generation, telecommunications, natural gas exploration, and petrochemical sectors. Over 6 million foreign workers play an important role in the Saudi economy, particularly in the oil and service sectors, while Riyadh is struggling to reduce unemployment among its own nationals. Saudi officials are particularly focused on employing its large youth population, which generally lacks the education and technical skills the private sector needs. Riyadh substantially boosted spending on job training and education, most recently with the opening of the King Abdullah University of Science and Technology – Saudi Arabia’s first co-educational university. As part of its effort to attract foreign investment, Saudi Arabia acceded to the WTO in 2005. The government began establishing six “economic cities” in different regions of the country to promote foreign investment and planned to spend $373 billion between 2010 and 2014 on social development and infrastructure projects to advance Saudi Arabia’s economic development. 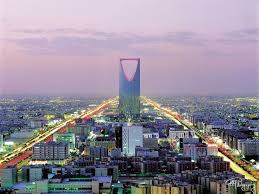 What after OIL in Saudi Arabia?

Saudi Arabia, the Middle East’s biggest economy and the world’s largest oil producer, is running out of its black gold. Some estimate that the wells will run dry as early as 2030. That’s a huge deal. Oil revenue reached $312 billion this year and accounts for almost half the economy and 90 percent of export revenue. It also makes the kingdom the Persian Gulf’s economic powerhouse.

That’s why diversification is no longer a luxury.

Here are the companies leading the way forward:

Recently crowned the Middle East’s big-biz king, SABIC is among the world’s largest petrochemical companies. Petrochemical usually means plastics and fertilizer, but SABIC is looking ahead with a host of new polycarbonate technologies, like solar panels, a film for touch screens and the first polycarbonate automobile wheel. Though it’s rolling back European operations, it’s venturing eagerly into the U.S., attracted by the shale oil boom. And with Saudi Arabia about to crack open its stock market to foreign investors, non-oil multinationals are poised for global prominence. Expect SABIC to receive the most lavish treatment from foreigners.

To kick their country’s oil addiction, Saudi leaders have launched hundred-million-dollar venture funds and incubators nationwide. The goal? A knowledge-based economy by 2025. The pre-eminent career portal for Saudi women is a poster child for the kingdom’s startup offensive, not to mention female workplace empowerment. Glowork’s market is potentially tremendous: A third of women are unemployed, and because most of them are college educated, they represent a real opportunity cost. And a government cost, too, because the jobless receive $800 a month from the government — a total of $1.6 billion down the drain, according to Alkhudair.

The Saudi government is planning an ambitious solar renaissance — the kingdom wants its energy mix to include 23 percent solar by 2030 and 39 percent by 2050. With lots of sunshine, low-cost funding and abundant space, Saudi Arabia has already developed one of the world’s cheapest solar models. Saudi Arabia might be the site of a perfect solar storm.

Saudi Aramco is poised to helm it. The state-owned behemoth and undisputed world petroleum champion was once valued at $7 trillion, almost half of the U.S. GDP ($16.8 trillion in 2013). The coming oil crunch has it staking a claim in solar and other alternative energies.

Although progress toward solar salvation has been slow, Aramco is still investing heavily in other potentially revolutionary alternative energy solutions. This month, it spearheaded a $30 million investment in San Francisco-based Siluria Technologies, which plans to produce low-cost gasoline from natural gas — for $1 per gallon.

Recent Moves: The region’s largest food company is in the right place at the right time. Saudi Arabia is the world’s largest importer of broiler meat, mostly chicken, to the tune of 875,000 metric tons in 2013. Domestic competitors like Almarai are ripe for growth. Already, poultry production is on the rise in the kingdom and is expected to swell 52 percent by 2018.

Almarai is showing other signs of international ambition. In partnership with PepsiCo, it launched a $345 million investment in Egypt this June, and its CEO has stated he plans to boost that figure to $560 million in five years. The funds will go toward a new juice factory, a 5,000-cow dairy farm and expanding existing facilities for Egyptian beverage firm Beyti. Drink and eat up!